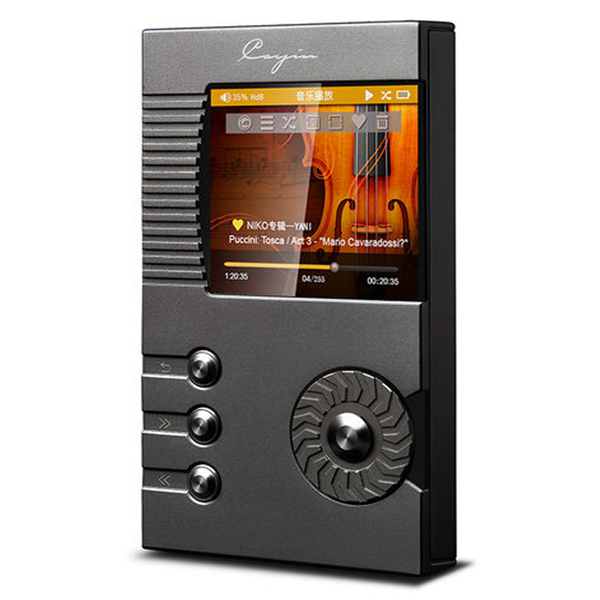 Cayin N5 Portable High Resolution Music Player Introducing the new Cayin N5 DSD Lossless Music Player. Cayin have produced a smaller neater version of its big brother the N6. Known for their unorthodox architecture and designs Cayin has brought one of the best sonic performers to the world. Following in the same path as its big brother the Cayin N5 player is truly a sound to behold! Robust Design Strong Sound The N5 is a new technology music player that performs highly-efficient digital to analogue conversion and supports all of the popular audio file formats. It comes fitted with an in-built power amplifier that is capable of generating 300mW of power for both channels even outnumbering its big brother the N6! With a sturdy built and clever design the N5 features dual microSD card slots allowing you to expand the memory of the player to up to 256GB (128GB +128GB). A USB 3.0 interface is provided for faster file transfer and charging. Owing to the same USB connection this innovative music player can also be used as a DAC and can be connected to a digital music source. The built-in 4200mAh lithium battery is rechargeable and lasts up to 9 hours with continuous music playback - better than many of the music players in the same class. 24bit/192khz Lossless Formats The Cayin N5 supports many audio formats including WAV AIFF FLAC APE WMA ALAC and MP3 formats. Using the TI AK4490EQ DAC conversion Chip from America the N5 can run in dual-node (PCM & DSD) steady. The newly designed fine-tuned balanced headphone amplification circuit has a 2.5mm TRRS Headphone Output. The Cayin N5 takes advantage of the digital audio Architecture JZ4760B + SA5000 + AK4490EQ and is able to decode DSD and directly play ISO. Features 2x micro-SD Card (up ...

We use cookies to ensure that we give you the best experience on our website. If you continue to use this site we will assume that you are happy with it.I AcceptRead more